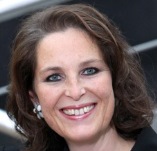 Laurence Rivat, commissaire aux comptes, partner of the French member firm of Deloitte Touche Tohmatsu (Deloitte) is head of the French firm's IFRS Centre of Excellence and member of the Deloitte Global IFRS Leadership Team, the global technical body in charge of setting the Deloitte policy on IFRS matters.  Laurence Rivat began her career in 1988, and since then she developed a combined expertise of audit and international accounting standards-setting activities.

After 7 years practicing auditing at Deloitte (in France and in the USA), Mrs Rivat specialised in IFRS, working 3 years (1995-1998) at the IASC (the IASB's predecessor) as a Research Manager.  She led the projects that resulted in IAS 36, Impairment of Assets, and IAS 38, Intangible Assets.

Back at Deloitte France in 1998, and as leader (since 2001) of one the nine Deloitte Global IFRS Centres of Excellence, Laurence Rivat has dedicated herself to the development and running of the Deloitte support structures on IFRS at a French, European and global level, which are active in the fields of IFRS consultations (for a large variety of global European clients mostly), learning, communications and standard-setting.

Laurence Rivat was a member of the IFRS Interpretations Committee from July 2009 until November 2014.  When Europe decided to adopt IFRS, Laurence Rivat also monitored the Advisory Group of the French accounting standard-setter that provided support to the IASB for the development of the 2003 original version of IFRS 1, First-Time Adoption of IFRSs.

As from 1st January 2015, Laurence Rivat has been appointed as Vice-President of the Accounting Committee of the Financial Markets department of the CNCC (Compagnie Nationale des Commissaires aux Comptes). Since September 2014, she has also held an observer seat at the Corporate Reporting Policy Group and Accounting Working Party of Accountancy Europe.

Since April 2019 Laurence Rivat has become a member of the ESMA Consultative Working Group of the Corporate Reporting Standing Committee (CRSC CWG). She was also appointed on the ANC (French accounting standard-setter) Board from January 2020.

EFRAG thanks you for your message.

EFRAG thanks you for your message.